"How many teats does a cow have?" 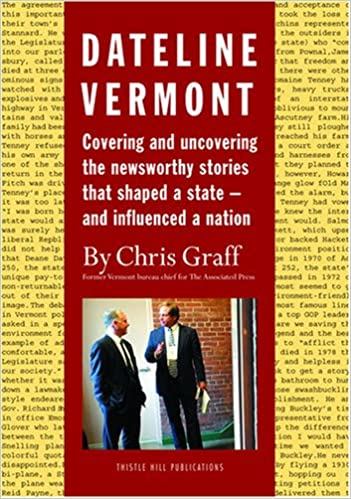 Perhaps never has a Vermont political campaign fallen apart so quickly. One week before the 1998 primary election, Republican U.S. Senate candidates Fred Tuttle and Jack McMullen met in a debate on Vermont Public Radio in a format that allowed the candidates to ask each other questions.

"Jack, let's start off easy. What's a tedder?" asked Tuttle, a folksy farmer from Tunbridge who looked like someone who hawks oatmeal.

"I have no idea," said a startled McMullen, a businessman who had moved to the state from Massachusetts just a year before.

"You have no idea" It's a hay tedder that tosses the hay up so you can get it dry," explained Tuttle. Next he asked McMullen to define rowen (the second cutting of hay). Again, McMullen had no answer. Finally, Tuttle asked McMullen how many teats a cow has. McMullen said six; the correct answer is four.

Up until this point, listeners probably thought the whole exchange was amusing but unimportant, as the native Tuttle, not nearly the hayseed he appeared, tried to imprint the carpetbagger label on McMullen. But then Tuttle handed McMullen a short list of Vermont communities and asked him to read the names aloud.The candidate fell back on his French to pronounce Calais and learned like many others before him that a little knowledge can be a dangerous thing. In Vermont everyone knows it's pronounced "callous." Always has been, always will. McMullen did no better with Leicester. Finally, desperate to show that he had at least a basic sense of the state's geography, McMullen recited the names of Vermont's fourteen counties, something every Vermont grade schooler learns to do in the fourth grade.

If there was any life in the McMullen candidacy, it died that night. Tuttle, whose candidacy started out as a publicity stunt for the low-budget film "Man With A Plan," defeated McMullen in the Republican primary. In a race that progressed from film to live farce, Tuttle went on to endorse incumbent Democrat Patrick Leahy in the November election. That voters would give the nomination to the 79-year-old Tuttle, a tenth-grade dropout who had had three heart attacks and prostate cancer, was nearly blind in one eye, and hobbled around on two canes, says much about the quirky world of Vermont politics.

The state Republican Party, humiliated by McMullen's self destruction and Tuttle's growing popularity, challenged Tuttle's nominating petitions. The secretary of state ruled that the Tunbridge farmer needed an additional 23 nominating signatures. He came back with 2,300.

McMullen was baffled: Why would voters favor a self-described frivolous candidate over someone who planned to give Leahy a real run for his money. "I have done my homework," McMullen protested. "I've spent seventeen-hour days meeting with hundreds and hundreds of people around the state. I've spent a lot of time learning about the issues." And he had.Vermont voters, though, look at more than policy position papers when they choose candidates. In 1998 they were apparently more interested in milk than whine.

People who live in and around the Green Mountains have believed that Vermont is a special world since well before Vermont Life slapped that title on a book thirty-eight years ago and started making money off it. Vermonters, in fact, have been marketing the state as a unique place since the decades after the Civil War. During those rough years of rapid industrialization and urbanization, urbanites throughout the Northeast started looking for a place they could use as an escape. The idea that Vermont is a special place, therefore, goes back about 150 years. It's an idea so entrenched that most Vermonters believe fervently that the state can't be understood after a year or two or five or ten. Something about this state doesn't come to light easily or quickly. Tuttle, whose face was once described as "Vermont's face — all harsh winters and rocky resilience" — became a symbol of that heritage.

Tuttle provided lots of laughs in that campaign. Asked how serious he was about running, he replied, "Well, I can't run too fast." Asked if he was too old for the job, he said, "I'm a little bit old for anything." And, of course, there was his favorite plank in his platform: More girlie shows at the state fair!

To dismiss Fred Tuttle's appeal as comic relief is a mistake. As a journalist, I've had the privilege of charting Vermont's political course for the past thirty years. I've witnessed the dissolution of more than one political campaign run by candidates who believed that the office was theirs as long as they threw enough money into the fray. I have also witnessed the quiet dignity of Emory Hebard, who served for years as a competent state treasurer, running every two years by handing out to every constituent he met a card to which he had attached a shiny new penny to stress his fiscal conservatism. (Of course, Hebard had to stop when someone complained to the secretary of state that he was buying votes.) I've covered Jim Jeffords' departure from the Republican Party in 2001 and Howard Dean's presidential campaign from its humble beginnings.

But I have also had the privilege of covering much more than elections. I've covered thirty years of Vermont town meetings, dozens of droughts and an equal number of floods, several dairy compacts, school refinancing, and environmental reform. I've covered civil disobedience, civil unions, and the moving civil discourse of fulltime Vermonters who were willing to work part time and for little pay to try to do what was meet and right for the state.

Early legislatures I covered used to stop the clock just before midnight on the grueling Saturday nights when they finished the session's work. Until all the compromises were finally worked out between the House and Senate, the hands on the clock did not move. Only when all the "i's" were dotted and the "t's" crossed on the session's legislation was the clock restarted so the governor could give the closing statement at the day's contrived end. It was a neat trick, but it didn't fool anyone.Time does not stand still. Change is a constant. Half of this job I loved was to spot the change, document it and analyze it. The other half was to keep an eye on Vermont's essence and make sure it was not forgotten in the name of progress. I have been honored to be a witness to life in the state I love.